Your ICO/TGE is subject to the US Securities laws; now what? 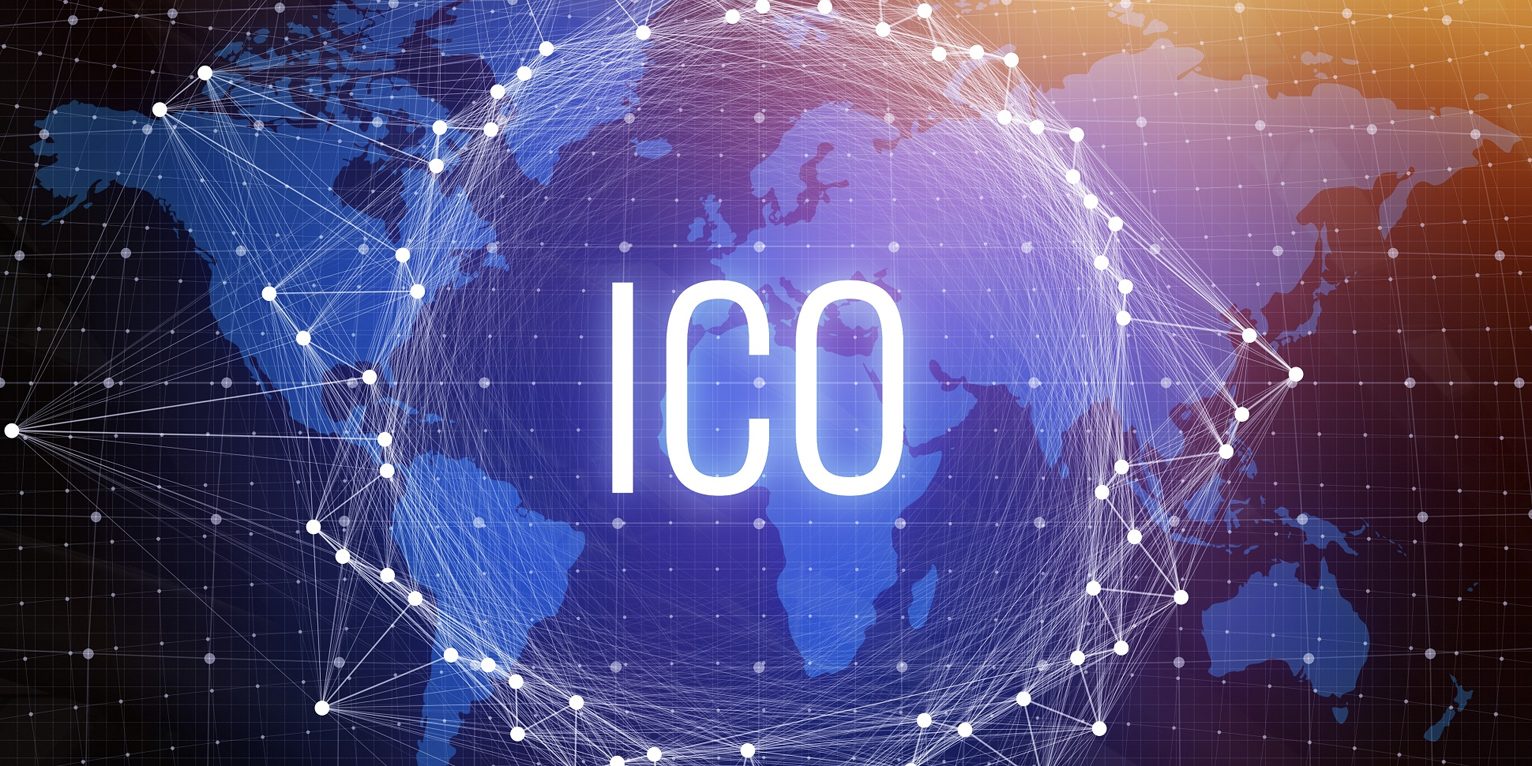 The Security/Utility Fallacy. (Blame the attorneys for this one) Fundamental Problem:

A token can have utility and be a security at the same time. The token that you sell to raise capital (as a security) must, at some point become an unrestricted utility token so that it will function in your company’s token economy. In fact, over the token’s continued existence, the token may alternate between being restricted and unrestricted depending on the circumstances. That’s right, the initial sale in your ICO/TGE is just the start.

How did we get here?

The software engineers who first contemplated raising funds through the sale of tokens did not think about securities laws. After all, no regulatory body in the United States had made a peep about transactions in Bitcoin. The issue of tokens in a crowd sale (later dubbed an “ICO” and then redubbed a “TGE”) seemed like a quick/easy way to fund activities without the (time consuming / distracting / annoying / intolerable / life-destroying) process of asking angels/venture capitalists/anyone …

1 The following discussion is theoretical and philosophical; several concepts are described in summary fashion; definitions of “token and “token economy” are my own and invariably do not address some circumstances applicable in the crypto-universe. This discussion is not intended as legal advice and the reader is encouraged to engage competent counsel to advise on applicable legal matters.

2 Without reference to the securities laws, a “token” can be one or more of the following: (i) a medium of exchange; (ii) a store of value; (iii) an operating system platform; (iv) a contractual right; (v) a measure of authority; (vi) other. Note that a token can be tangible or electronic and can be recorded on a central or decentralized ledger.
3 For purposes of this discussion, a “token economy” is a system or enterprise in which a token (evidenced on a ledger (which may be distributed)) evidences contractual rights or obligations or otherwise facilitates the purchase, sale, exchange, award or other assignment of goods or services, or serves as a measure of authority.

please…for money. It follows that 2017 was for crypto-assets what 1928 was for stocks; rampant sales to speculators with resulting market volatility4. The token asset class may or may not experience the equivalent of October 1929, but the government regulators are sending clear (sort of) signals that the Main Street investor must be protected; abuse of the markets will not be tolerated. Submit to regulation or suffer being regulated the hard way!

The Howey5 case, states that the federal securities laws will apply to a purchase or sale of any instrument where the purchaser (i) invests money (ii) in a common enterprise (iii) with the expectation of profits (iv) derived from the efforts of others. If the four elements are satisfied, then the “instrument” will be considered a “security,” subject to regulation under the federal and state securities laws.6

There has been more than enough commentary about the Howey test. In the author’s humble opinion, the SEC has communicated (in its usual somewhat unclear manner) that pretty much any sale of tokens/coins by an issuer for the purpose of capital formation will, in the United States, be an offering of securities. Even when used in a token economy for a purely utilitarian purpose, the token is still a security. It is a security that has a utilitarian function. Eliminating the misconception that in context of securities law such thing as a “utility token” exists is critical to making this whole mess make sense.

We can debate this like angels on the head of a pin, but at the end of the day, fight the federal authorities at your own peril. For our purposes, your ICO/TGE will be a sale of securities. Stick with me on this, it has a happy ending.

Goal: Sell tokens for capital formation purposes in a manner that can lead to their eventual unrestricted use in a token economy.

4 No need to focus on scams and extreme misrepresentations.
5 Howey was decided by the Supreme Court of the United States in 1946. The case concerned sales of “investment contracts” relating to profits from orange grove harvests. While Howey establishes Federal law, most states have adopted the same elements within their regulatory frameworks.
6 It is important to note that the securities laws don’t actually regulate securities, they regulate the offer and sale of securities. Accordingly, for purposes of regulating transactions, the important question is the intent of the buyer and seller (Howey elements). If the elements are satisfied, the actual “security” can be anything (comic book, beany baby, stock, bond, token, mote of dust, whatever). The securities laws and SEC themselves often fail to preserve this distinction, leading to significant confusion.

Meet the new boss, same as the old boss

That’s right, for capital formation purposes, your token might as well be a share of stock, a promissory note or any other “instrument” that you classically think of as a security. To be sure, the new token asset class offers some different use cases, but as far as an initial sale to raise capital goes, the use cases are irrelevant.

It is illegal to conduct a non-exempt unregistered public offering of securities (Securities Act of 1933 and like restrictions enacted by each of the 50 states). Without getting too bogged down in details, there are really only 2 realistic options for raising over $1,000,000 in an offering of tokens7:

7 Part of the reason is that both Rule 506 and Reg A+ (Tier 2) offerings preempt most aspects of state securities laws. This is critical, if the purchasers are in multiple states. Complying with state registration processes (especially multiple of such processes) would be time consuming and expensive.
8 An Accredited Investor is a person or entity that satisfies minimum requirements of financial wherewithal and sophistication as set forth in Regulation D of the rules and regulations promulgated under the Securities act of 1933.

business and finances.9 Reg A+ is not an easy path. As of this writing, there has only been one Reg A+ token sale registration statement filed and the “tokens” were actually just shares of stock without voting rights. That said, following a Reg A+ offering, the tokens can be listed on an exchange and freely resold. They are “Unrestricted Securities”; which is where we need to end up if the tokens are going to serve their utilitarian function.10

9 The specifics of conducting a Reg A+ offering are beyond the scope of this discussion, but for an informal taste of some of the difficulties, see this article from Forbes: https://www.forbes.com/sites/rodnturner/2017/01/24/use- these-12-steps-for-success-with-your-regulation-a-capital-raise/#db7b1634317f.
10 I’m simplifying this. To the extent that the holder of a token is the issuer or any affiliate of the issuer (as defined by the securities laws), and in certain other circumstances, the tokens would still be either “restricted” or “control” securities, subject to several rules that may limit sales.

11 The author conducted many an A/B exchange in the context of issuing high-yield debt instruments (junk bonds) to institutions. The parties did not want to go through the time and expense of doing a registered offering, but did want to be able to have the bonds trade freely. Solution: The A/B Exchange Offer.
12 Safe Agreement for Future Token (Contractual right to receive tokens when available (and hopefully a return of remaining funds if tokens are not available by a particular date)).

Here’s a summary of the results of an ICO/TGE carried out in the manner described above:

13 This is critical, because although the issuer may initially sell the Reg A+ tokens through a regulation compliant exchange, invariably, decentralized exchanges and exchanges operating outside of US jurisdiction will continue to facilitate unregulated purchases and sales of tokens. Trying to avoid this is like trying to keep people from sharing music peer to peer. The regulators are going to have to adjust to the fact that restricting the exchanges is not going to be as effective as it has been for physically embodied securities (like stocks and bonds).

14 The applicable accounting disclosure is beyond the scope of this discussion, but revising the disclosure requirements to focus on information relevant to analyzing an investment in tokens would be helpful. Current GAAP accounting is both over and under inclusive.
15 The question of whether mining of Bitcoin involves an issue of a security requires exploration. The lack of a formal issuer of Bitcoin potentially eliminates one of the Howey elements. A similar question would arise from any system in which the tokens issued subsequent to the ICO/TGE are issued through some automated decentralized process.

7. The Company remains debt free and founders and those who may have received equity as incentive compensation continue to hold 100% of the equity, meaning that an exit through acquisition or an IPO remains possible.

The advent of decentralized exchanges and the automated creation of tokens without any action on the part of a traditional issuer will likely require a new regulatory framework. That is a topic for another discussion. In the meantime, the A/B Exchange Offer appears to be a legal viable alternative to the illegal ICOs that dominated 2017.