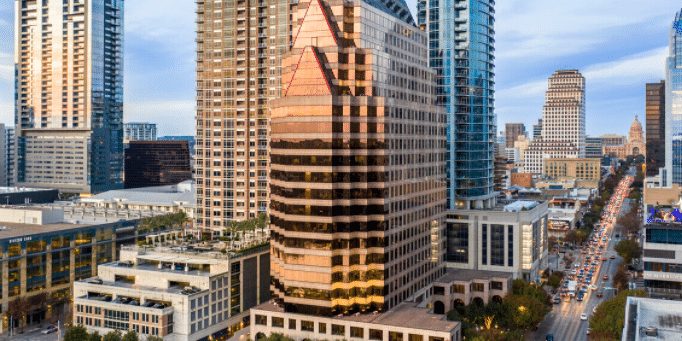 Zuber Lawler gratefully announces the addition of Austin-based intellectual property litigator Jennifer Kuhn, and the opening of its new office in Austin, Texas. “Austin is the new technology capital of the United States, and as a technology-focused law firm, my partners and I have decided that we must have an office there,” says the firm’s Managing Partner Tom Zuber. “Ms. Kuhn is an impeccably pedigreed and highly accomplished intellectual property litigator, and an esteemed leader within the Texas legal community. We’re thrilled that she has decided to join Zuber Lawler.”

Prior to joining Zuber Lawler, Ms. Kuhn practiced at AmLaw 100 firms in Washington, D.C., Silicon Valley, and Austin, before becoming Vice President and Chief IP Counsel at Mattersight Corporation (NASDAQ MATR), where she managed the company’s IP litigation and patent portfolio. Mattersight was named one of the “Top 5 IP Innovators” by Crain’s Chicago Business, and Ms. Kuhn is a named inventor on four Mattersight patents: U.S. Patent Nos. 9,300,801, 9,538,008, 9,942,590 and 10,276,153.

Ms. Kuhn’s amicus briefs have been cited by the Federal Circuit (Lightning Ballast) and followed by the U.S. Supreme Court (Bilski).

Ms. Kuhn coached the IP Moot Court team at the University of Texas School of Law to four National Championships.

She is admitted in Texas.